For any woman who's ever struggled with perfectionism, self-judgement or fear of failure... my friends, THIS is the book to read.

Reshma Saujani shows us how these issues plague women from childhood onward, and oh-so-importantly, how to overcome them.

Being brave in a world that wants you to be perfect.

It's conversational and easy to hear the author's voice.

Leadership is, at its core, the ability to influence a group of people towards a goal.

Brave, Not Perfect falls squarely into self-leadership: The ability to manage yourself, your energy and your priorities.

I absolutely loved Brave, Not Perfect. It really hit home for me, because I’ve struggled with putting myself out there and taking risks. I loved hearing the stories (and data) that explained this is NOT just a problem with “me” but a wider societal issue, and that it’s ok for me to struggle with developing a bravery mindset.  The only reason I took off a half star is because you can also watch her TedTalk to get the gist of her message.  If you liked the TedTalk and want more of Reshma Saujani, then you will love this book.

"The work here isn't to figure out why they didn't like you, or who's right and who's wrong. It's to practice being okay with the idea that there are some people who will get you and some people who won't...and that's fine"

In Brave, Not Perfect, Reshma Saujani tackles the issue that so many women are familiar with: feeling the need to be and appear ‘perfect’. She puts fault squarely on social conditioning, weaving stats and anecdotes into a narrative about the incredible tension that women face with the double bind “that says we need to be assertive and confident if we want to get ahead, but knowing we’ll be heaped with disapproval if we do.”

According to Saujani, the problem is that gender norms are so pervasive that women can’t help but be pulled into what she calls the “Cult of Perfection.” She links this cult to problems like following other people’s expectations and never seeking your own path. My favourite element of the book is that she recognizes that perfectionism shows up differently for everyone. (This hit home for me -- I don’t see myself as a traditional “perfectionist”, because I’m all about good enough is always good enough. My 'perfectionism' problem is that my ‘good enough’ bar is really freakin’ high!)

Given the title, it won't come as a surprise that the solution offered by the book is to cultivate bravery. What I love is that she calls it the Bravery Mindset. To me this is more empowering than the Growth/Fixed mindset concepts.

Saujani defines bravery as being complex and personal. Two women acting bravely may take very different actions in the same situation.  She then argues that even when we're not born brave and even if we're conditioned to not be brave, we can still develop a bravery mindset purposefully and with intention. We can choose bravery by creating a consistent practice and being ok with setbacks along the way.

Conversation Starters From the Book

Use these conversation starters at your next coffee chat, whether it's your friend colleague, contact, mentor or boss.

Hot tip, you don't even have to read the book to use these conversation starters 😉  Just tell them that you came across a blog article that recommended asking people for their opinions on one of these questions:

What does BRAVE mean to you?

Do you agree or disagree that girls are more often raised to be "perfect" than boys, and that it impacts them later in life?

What is ONE thing you've learned about bravery during your career that you'd want to share with others?

One of Saujani's most important points is when she addresses how to escape the double bind. She writes, "we need to become brave not like men, but brave like women... It's time to play to our strengths instead of hiding them, no matter how 'masculine' or 'feminine' we think they are."

This resonates SO much with me, because I see it time and time again with my clients. Often they'll come to me because they've received critical feedback from their boss about how they're perceived. Generally it's that they're "too quiet" or that they "could be more assertive".  Usually what we'll uncover is that her bosses are projecting gender stereotypes that have no basis in reality. (One of my clients was told she was literally too quiet, i.e. her boss said she was hard to hear. She downloaded an app that measures volume and it turned out her voice was perfectly average volume.) This is because most "feedback" only tells you about what the other person thinks (and with all their cognitive biases piled on top).  Feedback rarely tells you something insightful about you.

This is why it's so incredibly important to take control of exploring and embracing your own unique leadership style. And I totally get it, impostor syndrome is REAL when you're trying to stand out. This is why I develop programs that empower you to show up like the leader you are.

Learn more about how to show up with presence

The fact that you're on this page tells me that chances are good you’re thinking about moving into a leadership position.

You’re probably a lot like my clients - you're a smart, professional woman, ready to go for a promotion. 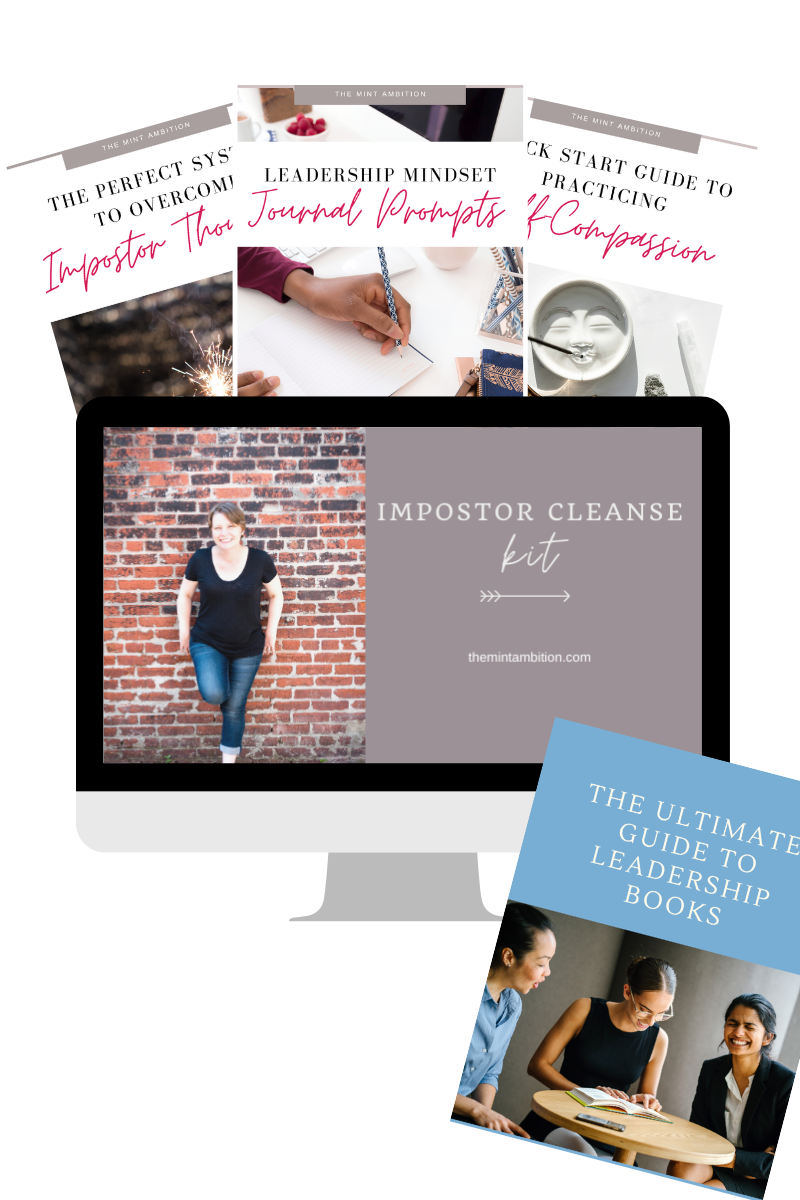 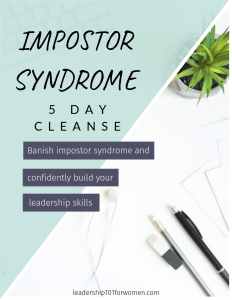